This 25 payline, 5 slot reel online video slot Ancient Gods is a memorable game. This Asian based online video slot brings lots of game play by featuring symbols including green dragon, phoenix bird, white tiger and tortoise. Additionally there are also red, gold, green, feather, tiger stripes and tortoise shields that add the feeling of this nicely done Asian slot. Ancient Gods allows you the choice of playing for as small as $0.01 on a spin. Also, you also can include all 25 lines to up a bet as big as $125. Another bonus of wagering on Ancient Gods is the fact the slot's wild icon center dragon permits you to connect paylines with any of the many symbols. This becomes awesome when there are many paylines crossing over the wild spaces. The scatter image seen on Ancient Gods the golden medallion, these icons pay out if there are multiples anywhere. The special golden medallion images can be literally scattered all over to win. Its bad when at the start of your spin when your starting reels fail to line up but there is always an opening of still hitting a scatter win. Slots such as Dino Island, Birds of Fury and Asgard support identical slot machine play.

Ancient Gods is a lot of fun to play, the Asian theme along with the green dragon, phoenix bird, white tiger and tortoise is well designed and the game play is smooth. Other games like Dragon Orb share in much of the same game play. This is one of those slots that continues to keep my interest for a while as I was playing.

We believe the bonus round section of Ancient Gods is really cool. On Free Slots 247 video slot reviews I like to finish on the best aspect to look forward to like these great bonuses. A Free Games Feature is activated once you achieve three or more scattered gold medallions appearing anywhere, this exciting add on appears to produce extremely good. I am pretty sure you know that like all casino bonus rounds, the Ancient Gods feature is where you can really get your balance to the positive. The opportunity that it is possible to collect way more than bet is what makes bonus rounds great. 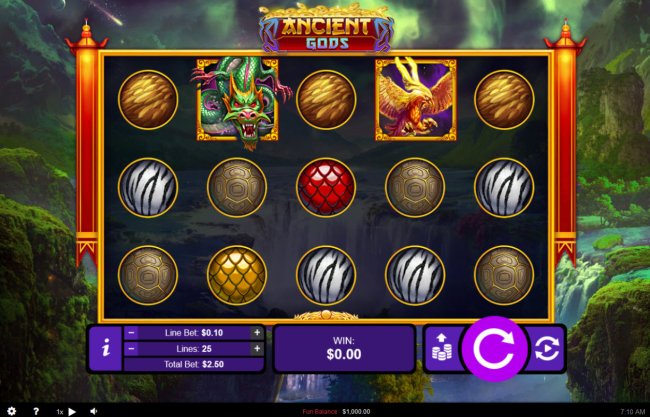 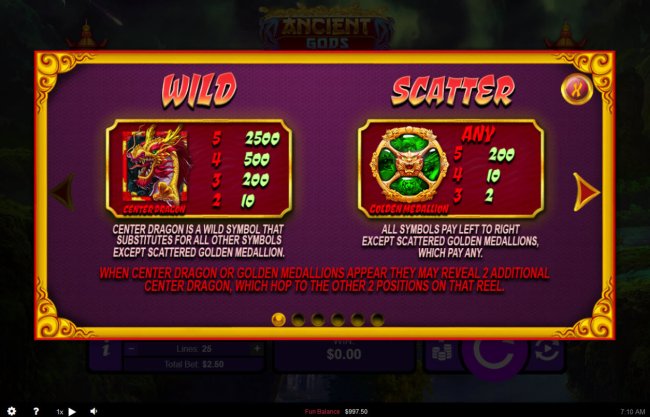 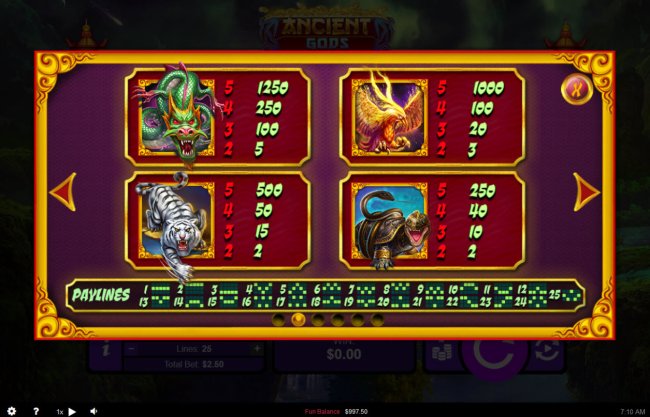 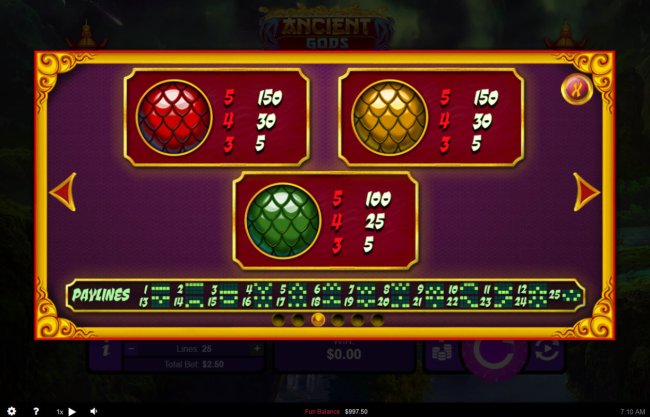 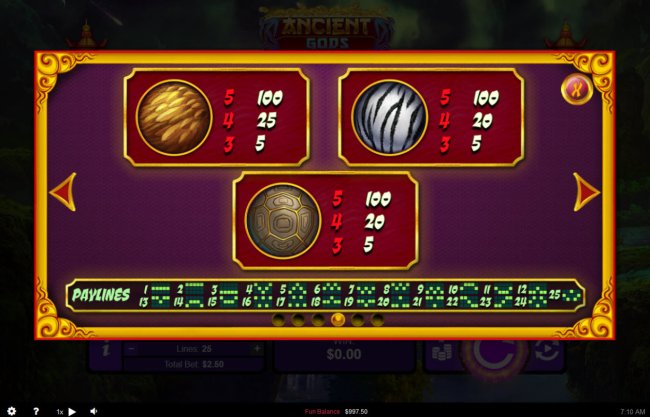 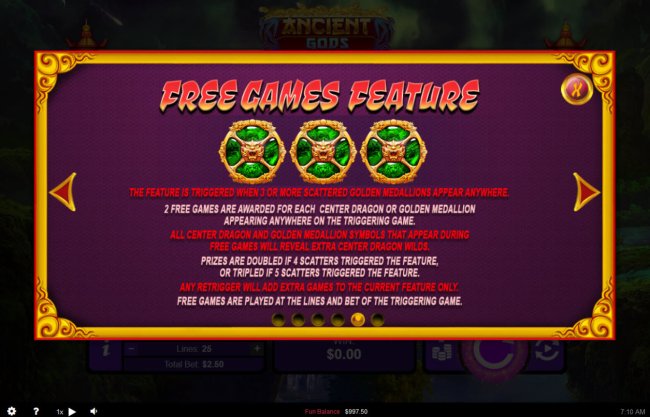 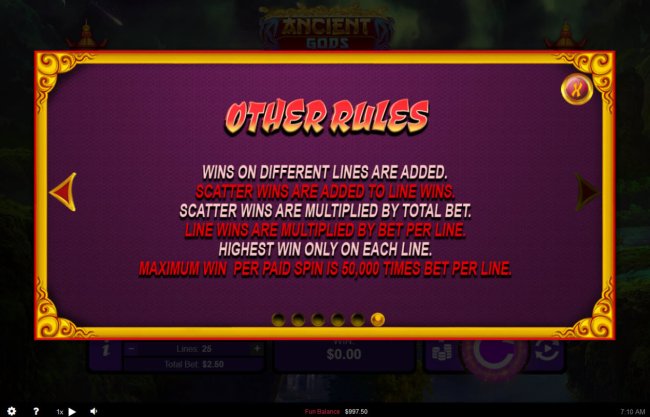 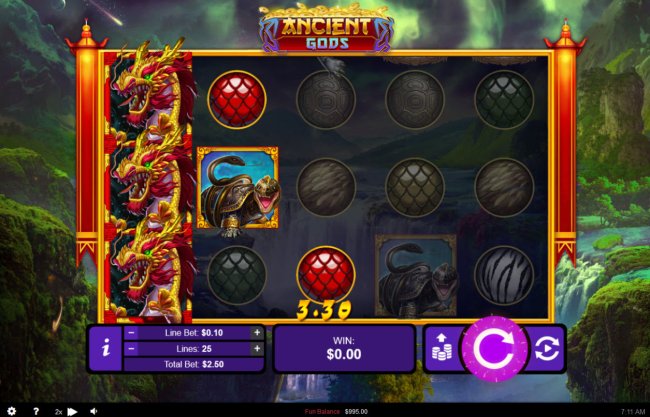 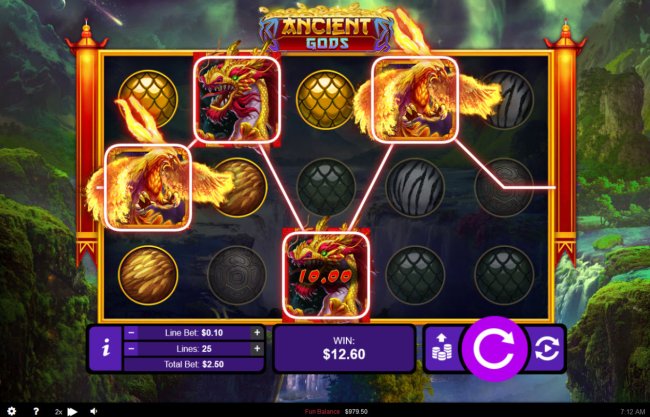 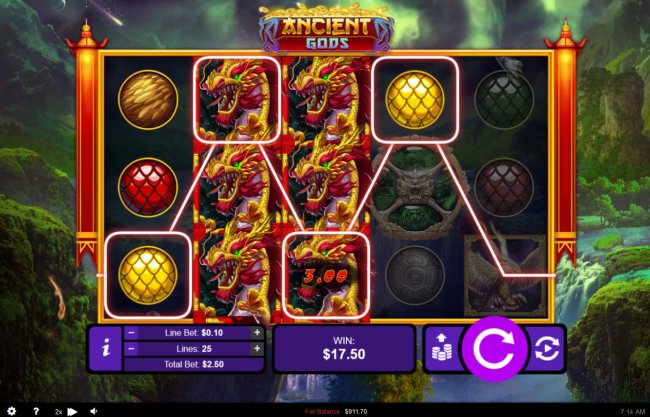